You are here: Home › About Michael Shustek
Spread the love 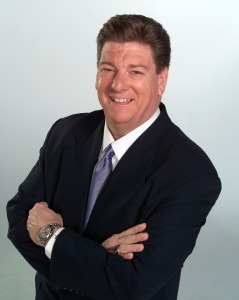 In February 2004, Mr. Shustek became the President of Vestin Group. In 2003, Mr. Shustek became the Chief Executive Officer of Vestin Originations, Inc. In 1997, Mr. Shustek was involved in the initial founding of Nevada First Bank, with the largest initial capital base of any new state charter in Nevada’s history at that time. In 1995, Mr. Shustek founded Del Mar Mortgage, and has been involved in various aspects of the real estate industry in Nevada since 1990. In 1993, he founded Foreclosures of Nevada, Inc., a company specializing in non-judicial foreclosures. In 1993, Mr. Shustek also started Shustek Investments, a company that originally specialized in property valuations for third-party lenders or investors.

Mr. Shustek has co-authored two books, entitled “Trust Deed Investments,” on the topic of private mortgage lending, and “If I Can Do It, So Can You.”  Mr. Shustek was a guest lecturer at the University of Nevada, Las Vegas, where he also has taught a course in Real Estate Law and Ethics.  Mr. Shustek received a Bachelor of Science degree in Finance at the University of Nevada, Las Vegas.  As The Parking REIT’s founder and CEO, Mr. Shustek is highly knowledgeable with regard to the company’s business operations.  In addition, his participation on the company’s board of directors is essential to ensure efficient communication between the board and management.